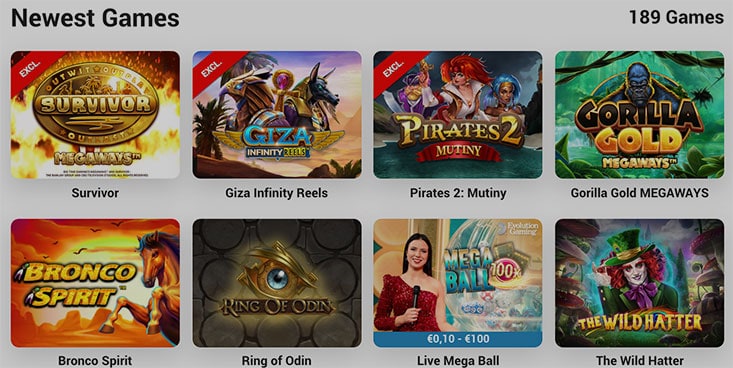 The upcoming April releases to test your luck on!

There’s no arguing with the fact that slots have always been the most popular games across Indian online casinos. Heck, that’s why we even visit these sites, if you know what we mean.

The truth is, given their extreme popularity, slots are actually the games that are most frequently released. More frequently than any other online casino game type.

Delivering them to you is our mission!

At Seven Jackpots, it is our mission to always provide Indian players with the newest, upcoming slot releases developed by leading software developers like Microgaming, Play’n GO, NetEnt, and Quickspin, among others.

In fact, the slots scheduled for release for this April 2020, are developed precisely by these amazing developers.

As such, they are expected to be incredibly amazing, so take a seat, relax and start discovering the tiniest little details about them. All Indian players on our site will be the first to sneak-a-peek of their gameplay, so be happy about it!

Welcoming you in a similar setting as its classic Secret of Stones, NetEnt brings you back to the Celtics’ wonderland.

The low to medium variance slot is packed with Free Spins, Respins and Stacked Wilds which have the ability to become Sticky Wilds.

The Celtic-themed slot offers a 5-reel, 4-row grid and 40 fixed paylines. You can place a minimum bet of $0.20 and a maximum bet of $400. You need to form winning combos with 3 or more symbols, which pay both ways. The RTP of the game is the average RTP that you usually find in online slots.

Fitted to the naturalistic theme, the symbols you’ll find on the reels include red, yellow, green and blue rune stones.

The rock, the drum with a bear print and the owl are the high-paying symbols. The wolf is the highest-paying symbol, giving you 5x the stake.

The Wilds play the most important role in Druids’ Dream. they appear as single and Stacked Wild symbols.

There are two Scatters, the female and male druid, which help you trigger the Respins.

Nudge to Trigger the Free Spins!

The Nudge feature can help you trigger the Free Spins.

All Wilds and Scatters that were found on the reels when you triggered the game become Sticky, and for each Wild present on reels 2 and 4 you get an extra Free Spin.

If you’re into the Roman history, you probably know of the Emperor Nero, known for its brutal reign in the first century.

Thanks to Nero Fortune’s high-quality graphics, you will see the dark, burning Rome during the time this emperor ruled, and you’ll be amazed by everything you see on the reels in terms of architecture, pillars and statues representative of Ancient Rome.

In terms of symbols, you will find the Royals from J through A, and the high-win symbols such as emblematic lions, wolves, and eagles.

The ruby is the highest-paying one, giving you 150x the stake for a 12+ clusters. The “W” symbol is the Wild.

The Burning Arrows feature can be active during the base game. After a winning cluster is removed from the reels, you may get a Multiplier symbol on the empty positions.

The Free Spins are known as the Flames of Nero Bonus, and are triggered Scatters.

When winning clusters disappear, you accumulate the Multipliers, which continue to increase until. All things considered, the slot can deliver over 8,000x the stake win!

Microgaming launched its first Game of Thrones slot in 2014, and this February, it has announced its plans to release a new branded slot inspired by the incredibly popular drama series.

The whole world went crazy about the series during the 8 seasons. We fell in love with the actors who portrayed the characters on the show, especially with Staz Nair, the actor with Indian roots that starred in Game of Thrones as Qhono.

And now, Microgaming will be releasing Game of Thrones Power Stacks, which will lead you on a new pursuit across the world of Westeros.

Expect to see some of the leading characters from the HBO series on the reels, feature-rich gameplay and top-notch visual and audio quality. Moreover, you should not be surprised to find four jackpot prizes waiting for you to hit them! 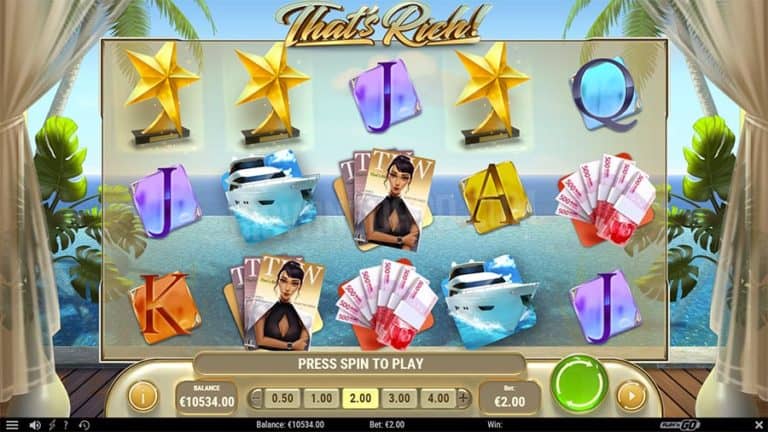 Taking you into the world of the rich, That’s Rich is the newest slot set for release by Play’n GO on the 9th of April.

It is a slot that features the same theme as Pimped but seen from a different perspective. While Pimped revolved around the story of a wealthy male, That’s Rich is all about the luxurious life of a female.

On the reels, you see the low-paying playing card Royals from 10 through A, tastefully designed to fit the theme.

Then you see the higher-paying shoes, banknotes, bags, a fancy house and yacht, and a fashion magazine with the Famous Woman on the cover.

The magazine gives you 40x the stake for a winning combo, but the Famous Woman symbol, which is also the Wild symbol, gives you 50x the stake.

The Wild can appear in 1×1 size or as an Expanding Wild covering an entire reel. It substitutes for all symbols bar the Trophy Scatter, which in return, triggers up to 20 Win Spins.

The max Win Multiplier is 20x, and thanks to this feature, the maximum payout That’s Rich can deliver is 10,000x the stake!

If you’re a fan of the Avengers, you probably know what to expect in the Ring of Odin slot by Play’n GO, set for release in the second half of April. Odin is your favourite Avenger’s father and the King of Asgard.

Being a Norse-themed slot, Ring of Odin is a slot that will present astonishing imagery and beautiful symbol design.

With slick animations, Play’n GO has outdone itself with the visual representation of the slot.

The low-paying ones include the red, purple, blue and green stones. The high-paying ones are Gungnir, which is Odin’s spear, the eight-legged horse, the ravens and the wolves.

The spear is the highest-paying of all, giving you 30x the stake. Odin himself, presented with his recognizable one eye, is the Wild.

Now in terms of gameplay, Odin’s Ring feature can become active on any spin. Landing a chosen symbol during it can further trigger the Draupnir Respins, giving you up to 9 Respins.

The Free Spins can come in regular and Multiplier Free Spins forms, which can be triggered with enough Scatters landing on the reels and within the ring.