The Best Slots Released in June 2020

The Best Slots Re...

Each month, we make sure to update you on the newest slots. In June, though, all Indian players would be thrilled with the lineup. The best game providers we usually promote have outdone themselves.

Indian players will get the opportunity to enjoy really immersive slot machines this month. From 1 to 10-payline slots, classic to action-packed slots, you’ve got it all.

At Seven Jackpots, Indian players are always presented with the premier slots. These are developed by giants like Red Tiger, NetEnt and Microgaming. And you know what that means.

It means you’re about to get blown away. Engaging mechanics, high payout potential and exceptional visuals are on your way. Just check them out and see for yourself! 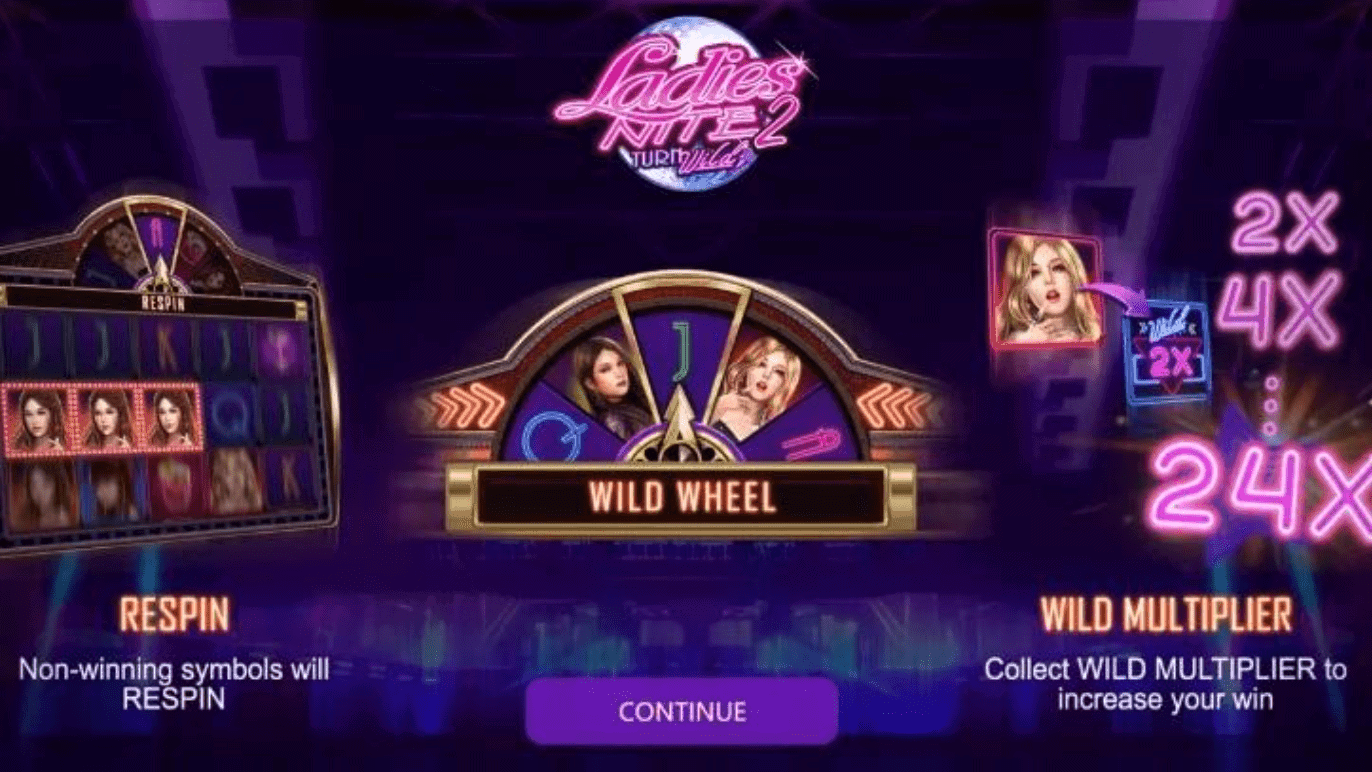 Microgaming has created a sequel to its 2004 smashing hit Ladies Nite. With 25 paylines across 5 reels, Ladies Nite 2 Turn Wild is lit. You’ll get the company of beautiful girls, taking you to the best wins.

Filled with special features, Multipliers included, this slot will rock your world. Ultra-modern graphics and visual design are taking the experience on the next level. The whole package is top-notch.

Make sure you form at least one winning combo. With it, you’ll activate the Respin feature. Winning symbols will lock in place, and the reels will spin again. That’s how you’ll get a second chance for a win.

When the Wild lands, it will substitute for other symbols. But the Wilds can also form combos with their own symbols. The payouts these combos can give are quite lucrative, too.

The star feature in the slot is the Wild Reel. It is activated at random and starts spinning immediately. One symbol will appear which will be transformed into a Multiplier Wild.

Land as many Multiplier Wilds and their values will be collected. The Multiplier can increase up to 24x. The slot, however, can deliver a 1,500x the stake potential this way! Get wild, get wild! 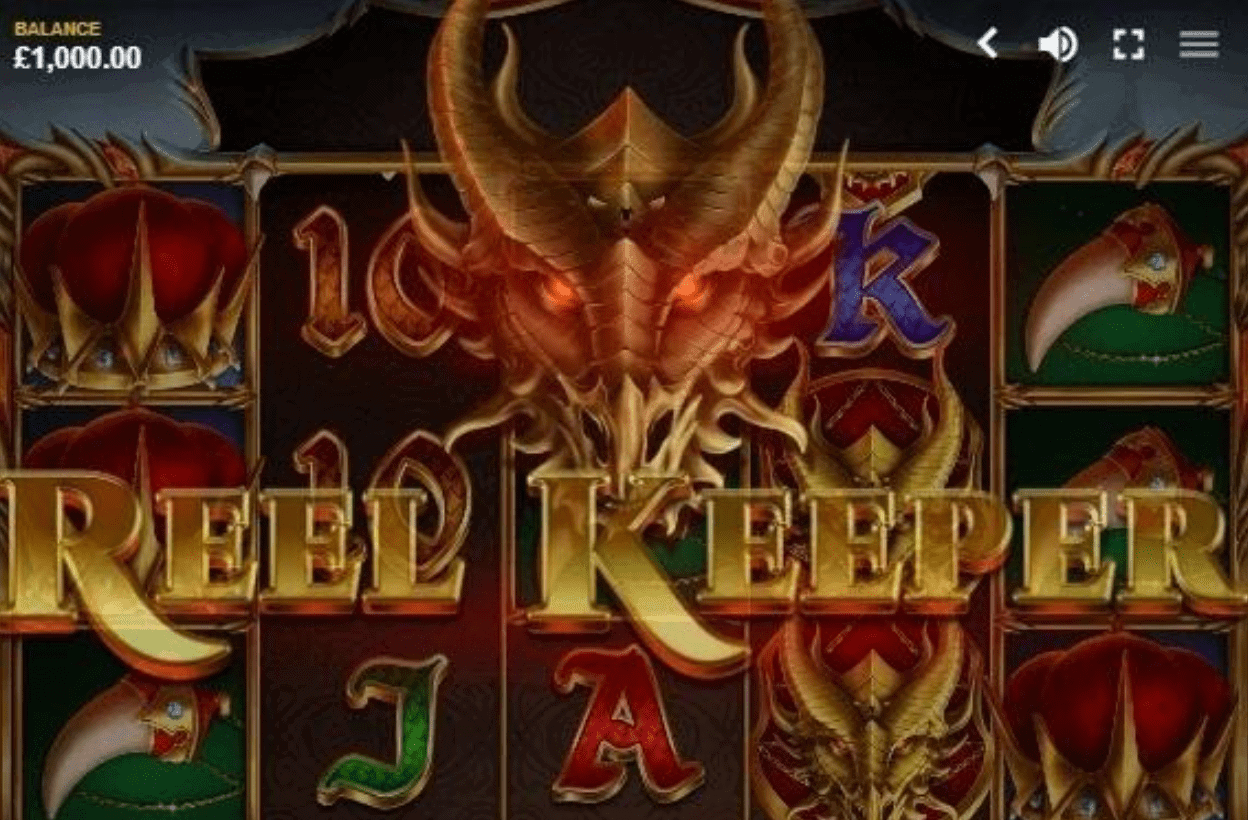 When Indian players get a look at Reel Keeper, they’ll be stunned. Red Tiger Gaming knows how to create a visually-mesmerizing slot. Just take a look at the golden dragon and you’ll understand.

This new slot offers a 6,000x the stake potential. That’s a massive payout you could land in a few spins! Sneak a peek of the action and see how to get it!

The Dragon Is Awakening!

When you see the dragon flying across the reels, get ready. This is when fully stacked Dragon Wilds may appear at random. They would be added to the rightmost reel.

With each spin, this Dragon Wild will move one reel to the left. While it will help you form new combos, it will slowly disappear.

Land a Golden Egg on reels 1, 3 and 5. This way, you’ll trigger 10 Dragon Spins. The chances to activate the Dragon Wilds are higher here.

What’s more, should you activate it, it becomes even more powerful. When it reaches the leftmost reel, it’s locked in place and doesn’t disappear.

This way, you could stack all of the reels with Dragon Wilds. And this means, a 1,000x the stake payout from the combo for you! 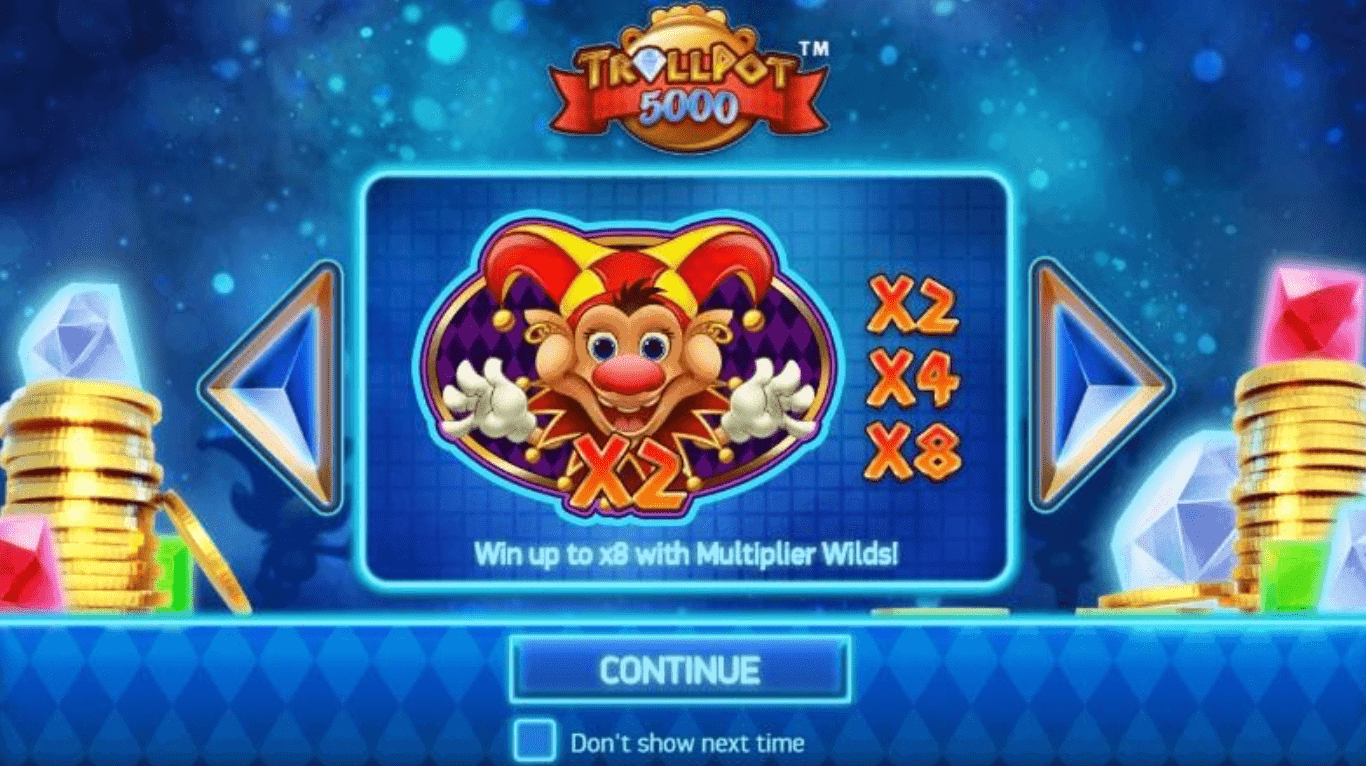 If you’ve played Grand Spinn, you know what to expect in Trollpot 5000. It is essentially a remake of the original in terms of theme. However, they are not as similar when it comes to gameplay and grid.

Believe it or not, Trollpot 5000 is a 1-payline slot. Sure, this contributes to its high volatility, coupled with the average 96.19% RTP. But it also contributes to the fun!

NetEnt’s popular Nudge feature will be of great help to form winning combos. Every time you make a winning combo, in fact, the reels will Nudge.

The first reel will Nudge first, but the feature will continue. This happens until a new symbol replaces the original winning symbol. Thus, giving you another chance to land another win!

Watch out for the Arrows!

When a reel comes to rest from the Nudge, be alerted. Arrow symbols may appear at the top of that reel. This means that the reel will start spinning in a reverse direction.

And this, on the other hand, means that the same Nudge process will be repeated. But this time, it will be in the opposite direction.

When a big smiling jester appears, you’re in for a treat. These symbols are Multiplier Wilds. They arrive with 2x, 4x, or 8x Multiplier values. They substitute for all symbols bar the Arrow and Jackpot symbols.

When Jackpot symbols appear above the reels after Nudges, you’ve hit the jackpot. Literally. The Mini, Midi and Mega fixed jackpots are for grabs. They can give you 20x, 100x or 5,000x the stake, respectively. 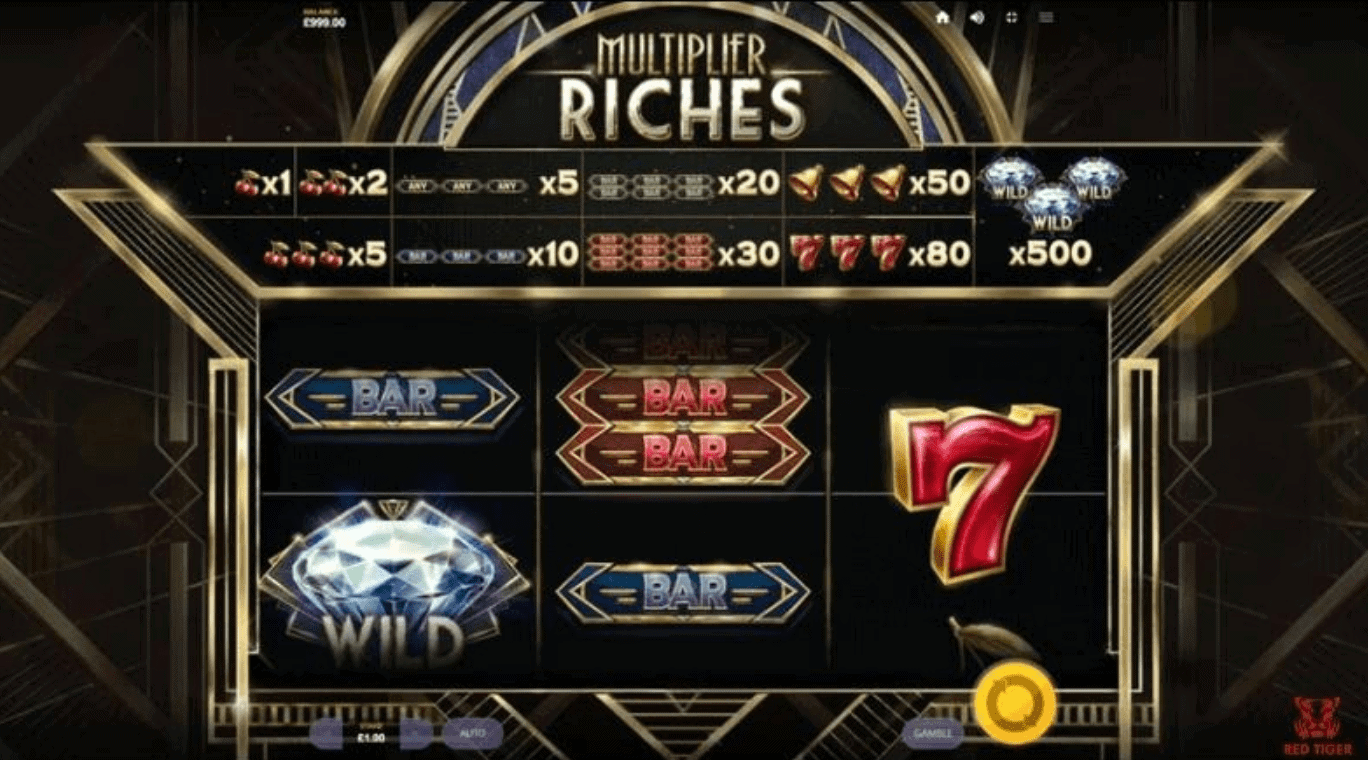 Another 1-payline slot, this time by Red Tiger Gaming. Multiplier Riches comes packed with features, even though with 1 line.

With its Multipliers, as suggested by its title, it can deliver massive prizes. The overall payout potential can reach 5,000x the stake. And with its splendid visuals, it can provide you with an excellent experience.

When a non-paying 2x, 3x, or 5x symbol lands, its value is stored. The Rising Multiplier storage is above the reels. The reel on which the Multiplier symbol landed nudges up or down. It reveals a new symbol.

The Multiplier, though, remains in place until the next winning combo appears. Any other that land is also added to the Rising Multiplier.

The Diamond is the Wild that substitutes for all symbols, except single Cherries. A Wild and a Cherry combo pays like two Cherries.

Red Tiger Gaming is on the roll. This June, it has three slots on its release schedule, Bounty Raid included. Ready for some Wild West action?

Bounty Raid is a 10-payline slot with 5 reels, and a 95.71% RTP. Its popular theme and potential of 1,000x the stake will make it a hit. Certainly. Go through its gameplay to learn why.

A Bounty Hunter Is Arriving

The key to the slot’s only feature is the Bounty Hunter. This is the symbol that lands on the third reel only. It appears as a 1×2-sized Scatter and locks all bandits on the reels.

When this happens, the Bounty Hunter Respin follows. If new bandit symbols or Gold Coins land, the Respin is retriggered. As the feature progresses, the bandit’s prizes of up to 50x are collected.

The Sheriff and the Gold Coin are two more symbols that appear during Respins. The Gold Coin increases the values on bandit symbols.

The Sheriff can appear on any reel, except the middle reel, any time. He rounds up the bandits and combines their values, giving you top payouts.