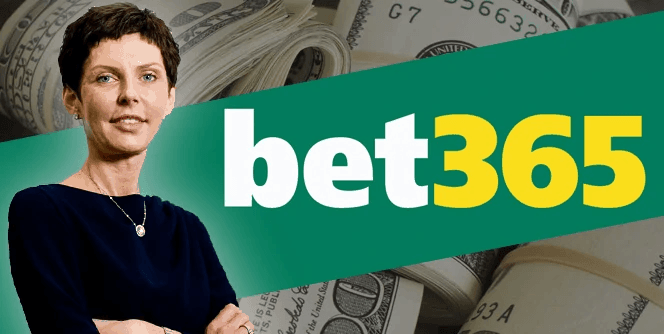 If you are wondering who Denise Coates is and how she of all people got paid the most in 2019, keep reading.

Denise Coates is the CEO of bet365, a popular online gambling site. With most of us addicted to playing games on their site, we kinda have an idea of how much money bet365 makes.

Apart from her basic salary which is rumoured to be around $361 million, she also gets dividends of over $55 million from bet365. This information is from the accounts filed to the UK Government this week. She also owns a share of 50.1% in the privately owned company. The rumour mill says that she might have made more than a billion dollars in the last three years.

She got paid a whopping $287 million in 2018 and almost double which is $422 million in 2019. How many Hermes bags is that? This means that she makes about $212,000 every hour. What have you done from this morning other than scroll through instagram and eat a bag of chips?

Even though we don’t have all the executive money data we need, we at SevenJackpots are pretty sure that this is the highest or one of the highest executive pays received this year.

But we are pretty sure because the winner of last year, Stephen Schwarzman earned a total of $567 million even though his salary on paper is just a meagre $69.1 million. Stephen Schwarzman is of the US Private Equity Group Blackstone.

Even the famous Elon Musk was paid just $513 million and most of that was in the form of stock options and performance goal related incentives and not really “money” money. Even Tesla said that Musk earned $0 from Tesla in 2018. Hard to believe, right?

A lot has been said about the timing of the bet365 filing as it has been done just a few days after the UK’s General Election. Luke Hildyard, Executive Director of the High Pay Centre says that the timing of the filing could have been a strategic attempt on bet365’s part to avoid negative criticism. Hildyard said [su_quote]“Business success should be incentivized and rewarded, but a payment a fraction of this size would still afford a lifestyle beyond the wildest dreams of most people.”[/su_quote]

Accounts could have been filed a month later than usual as this was the time when the taxing of the rich played a pivotal role in politics and the gambling industry came under scrutiny. It only seems natural that Coates would have wanted to avoid the inevitable media attention that the disclosure of her salary package would provoke.

Her family has been a supporter and donor to the left-wing labour party. They ironically pledged to redistribute wealth and put a ceiling on executive salaries in multinational companies. They wanted to control the power that billionaires had. And they also promised to thoroughly scrutinise gambling companies.

It can be assumed that Coates could have paid a staggering $164 million as tax. We’ll give you a second to take it in. She could have reduced this by a small margin by diverting some of her income and bringing them in as dividends.

Bet365 also made a donation of $111 million to the Denise Coates Charitable Foundation this year. Are we all really playing that much that bet365 is able to make such a sizeable donation?

Coates’ net worth is estimated to be around $12 billion and she is still only the 4th richest woman in the UK.

As you all probably know bet365 is one of the biggest if not the biggest private gambling company in the world. They handle over $65 billion as bets in a year.

But bet365 also has been criticised for their shady operations in China and other markets.

They defended these allegations by saying “in the view of Bet365 and its lawyers, Chinese law does not extend to the provision of services into China by gambling operators and service providers, who themselves have no nexus with the territory.” You should know that gambling is illegal in China and punters could be imprisoned.

Coates co-founded bet365 with John, her brother more than 20 years ago. At the time, they started in a portable building in Stoke-on Trent in England. The company in 2019, made $3.9 billion. Which is 10% more than what they made in 2018.

Go ahead and find out why so many people are playing on bet365 by registering now! Also check out our review of bet365 before you head there.

Up to ₹4000 in Bet Credits for new customers