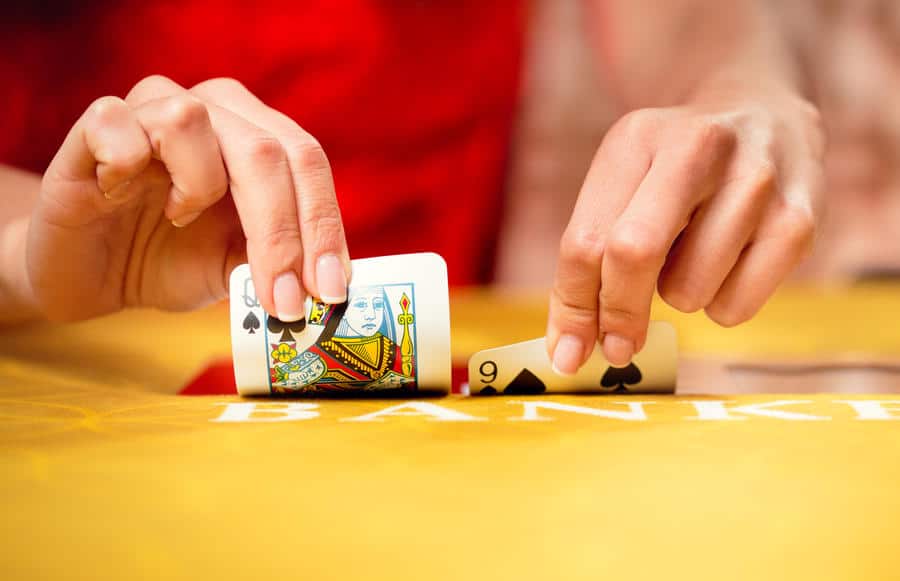 What is a ‘Squeeze’ in Baccarat?

The squeeze is a feature where a player or the dealer slowly reveals the cards. Usually, the dealer turns up the side of the card, while holding two fingers over the corner value numbers.

The values between 2 and 10 are the most exciting ones to squeeze, and there are different ways to go about doing so. They can either be revealed by continuing from the short side of the card, or by instead revealing from the longer edge of the card.

This is done differently at different casinos and providers, so you’ll want to find the one that suits you the best!

But, did you know that there’s a difference between squeeze baccarat and baccarat controlled squeeze?

When live baccarat first became available, only the dealer squeezed the cards.

Traditionally, it’s either the dealer, the player who places the highest bet, or an appointed player, who gets to squeeze.

Since the technical solution for this wasn’t yet invented when the first squeeze-tables were released online, the dealer did it exclusively.

The Evolution Baccarat Squeeze table from Evolution is one such table. Evolution has several other great baccarat variations available such as Bac Bo.

The live casino industry is always adding new technical solutions to games. This is also the case when looking at the squeeze-feature of baccarat.

With the controlled version of this table, players can squeeze their cards. Alternatively, the player who bets the highest gets the honor of revealing the cards to the rest of the table.

Although the Controlled tables give you the power of revealing the card, there’s still one thing that is missing from getting the complete squeeze experience.

Since the cards show up digitally on your player interface, there’s no option to cover the card number with your fingers physically.

So, although you can do the reveal, the actual ‘reveal’ happens faster than when it’s done by a dealer or an experienced player at a real table.