The map below gives you a complete overview of the legal landscape in India! Click on states or Union Territories to learn more about their specific laws and regulations.

Is Online Gambling Legal in India?

While online gambling isn’t explicitly legal, it isn’t illegal either because there’s no legislation against it.

As a result, online gambling is widely available thanks to the archaic gambling legislation used in most states.

To clarify, no Bharat player has ever been arrested for playing online casino games at their own discretion in India.

When we say we have created pages for every state and UT, we weren’t kidding. You’ve got 36 unique articles available, one for each state and Union Territory in India.

Seeing as many desi states opt to create their own gambling legislation, understanding how your home-state works with online gambling will mean that you’ll be able to enjoy gambling fully!

It’s a very humble brag, but it’s safe to say that you won’t find any better place for all your gambling knowledge than SevenJackpots.

We’ve created unique gambling law pages for every single state and Union Territory in India while also being credited and quoted by trustworthy sources.

The SevenJackpots team has over 30 years of experience within the iGaming industry, where we’ve worked with high-authority regulated markets such as Sweden, Italy, the US, and more.

What are the Laws for Gambling

Every Indian state and UT has had the option to either use the Gambling Act or regulate gambling within the state as they see fit.

This is why some states have banned gambling completely while others have legalized it.

Just remember that, although the law specifies the legality of certain games, it fails to cover the same games when they are in an online setting.

Since the Public Gambling Act was created in 1867, there’s still quite a lot of legislative ambiguity around gambling laws in India.

The act clarifies that only games of skill are truly legal, while games of chance aren’t. Furthermore, the act also clarifies that owning, running, or visiting a “common gaming house” is illegal.

As the name suggests, games of skill are games that require skill to play well.

Rummy is such a game, further confirmed in the 1968 State Of Andhra Pradesh vs K. Satyanarayana case. Poker and chess are other examples of skill-based games.

Just as a professional athlete gets paid for their talent, you are able to play games of skill with stakes and win money in India.

Games of chance are games where the outcome cannot be affected. Slot games are a prime example, as are roulette and Bingo.

Chance-based games are seen as illegal in India but are still widely available online thanks to the archaic gambling laws.

Recent technology changes such as mobile internet penetration and affordable phones have made playing games of chance online super easy.

In Partnership with Touchstone Partners

The team here at SevenJackpots has years of iGaming experience, but we are not law practitioners.

For that reason, we’ve partnered up with one of India’s most prominent law firms, Touchstone Partners!

Touchstone Partners are experienced in Indian gambling law and will be auditing the content we create, ensuring that what we publish is correct.

How the auditing process works

We believe that in an ever-changing legal landscape like India, it’s important that we stay on top of the gambling laws in the whole country.

To do so, we’ve established an auditing process together with Touchstone Partners: 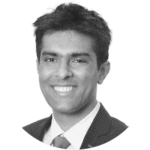 Gambling laws in India are complex, and states amend their laws from time to time. No matter if they change due to a global pandemic or other reasons, we want you to know about it.

We always strive to provide you with the latest news regarding India’s legal landscape so that you can play in peace.

Placing bets on sports such as cricket, football, baseball, etc., is considered a game of chance and is therefore illegal.

One could argue that knowing which teams have the highest probability of creating a winning bet takes skill, but most state governments disagree.

Seeing as sports betting is a chance-based game, it is quite surprising that horse racing and betting on the sport falls under skill-based games!

This was confirmed in 1996 in what is known as the Lakshmanan case. According to the Madras High Court, it takes skill to understand the performance of the horse and jockey, and horse racing is, therefore, a game of skill.

Betting on horse racing can be done at racecourses all over India or at approved betting shops.

So how do you know which games fit the skill category and which fit the chance category? Well, we sincerely wish it was easier than it is!

Except for a few legal cases, not much has been said about specific game types since the initial gambling act was created.

At the end of the day, the most important things to keep in mind are the laws of your state and if you are playing games online at an offshore casino or not!

Due to the advanced Random Number Generators (RNG) used in slot games, it is impossible to predict their outcome.

Winning jackpots and big wins on slots boil down to landing that one lucky spin.

To win at roulette, you need to place a bet on the number where the roulette ball will land on the roulette wheel.

The combination of the wheel’s movement and gravity decides the outcome, which means that you can’t skillfully affect a game of roulette.

Blackjack is actually one of the few casino games where you as a player can affect the game’s outcome depending on your skill.

However, according to the central government, the skills required to play blackjack well aren’t affecting the game enough for the game to be considered one of skill.

Teen Patti is an interesting game in India. It’s considered a game of chance, but it’s widely accepted around the country anyway.

It’s very common that Teen Patti is played during festivals such as Diwali and Janmashtami, where friends and family play it in order to invoke luck and abundance while also curbing hunger pains from fasting.

Andar Bahar is yet another desi card game. With simple rules and a 50/50 outcome, no strategies or skills are required to enjoy playing.

Besides the possibility of placing several side bets, the game remains fairly random, adding it to the category of skill-based games.

Baccarat is, alongside blackjack, one of the most popular card games amongst avid casino gamblers.

That said, the game of Baccarat relies mainly on its statistics, from which no clear conclusions can be made. Unlike blackjack, Baccarat lacks player interaction, making it a game of chance.

If you were to name one game that takes skill, I’m sure you’d mention chess. A skilled chess player is able to take out their opponent in just a few moves, making it an exceptional example of a skill-based game.

Considering there are professional poker players and that the game is played against others, it’s clear that poker fits the skill-based game category.

In poker, it’s essential to understand the number of “outs” your hand has, as this will help you understand what cards your opponents have, as well as which cards might show on the table.

In 1998, India created The Lottery Regulations Act. This act allows any state to run a state lottery, and so far, thirteen states have taken this opportunity.

However, foreign online lottery sites offer much larger jackpots, and our guides on state lottery laws explain exactly how to get the best from your online lotteries!

There are plenty of online casinos that cater to Indian players today. Some have even tailored their websites to desi players.

Native casino tables, unique promotions, the possibility to play using rupees, and a higher focus on the games we love to play.

Casinos aimed towards India are also very good at handling payments and account verifications in a fast and secure way.

We’ve selected the operators who all offer fair and safe gambling with loads of winning chances!

All forms of tax paid in India are regulated according to the Income Tax Act, 1961. As per this act, all winnings that originate from gambling, whether online or offline, are taxed at a flat rate of 30%.

Local casinos usually charge a 30% TDS (Tax Deducted at Source) on winnings, meaning that the amount is already deducted before the winner receives their winnings.

Although states and UT’s might have specific gambling laws, the national tax act makes it easy to keep track of the amount of tax that should be paid from gambling winnings, no matter where you are located.

When we reached out to our readers, it became clear that, although taxation on gambling winnings is a requirement, not that many choose to do so.

As a result of various online payment solutions and cryptocurrencies, players are able to play and win money online without the funds visibly affecting their income.

This results in a loss of tax revenue in India, but regulating the Indian gambling market could resolve this matter. 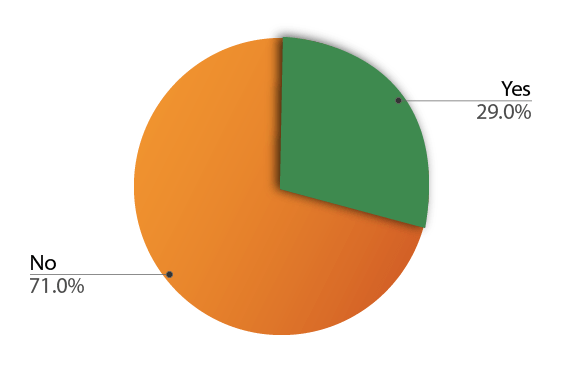 Although India’s gambling laws look slightly different between states, these are the two main things to keep in mind when gambling online:

However, India is an ever-changing country, and several states have amended their laws to reflect today’s gambling habits better.

This means that SevenJackpots is your one-stop-shop for everything related to online gambling law and how to keep playing online with stakes from India.