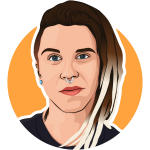 How to gamble from Odisha
Best Odisha Legal Casino Sites 2021
Is gambling legal in Odisha?
Gambling Laws in Odisha
Casino in Bhubaneswar
Casino in Brahmapur
Lottery in Odisha
Sports betting in Odisha
Horse racing in Odisha
Status on Rummy, Poker, Flush and other card games
To sum it up

How to gamble from Odisha

Similarly to Assam, the gambling act used in Odisha does not mention online gambling. The act specifically focuses on gambling activity occurring in so-called “gaming houses.”

In other words, if you’re playing slots on your mobile phone on the bus to work, you aren’t doing so in a gaming house, and you’re thus not breaking the law.

To gamble from Odisha , all you need is a good internet connection, a smartphone, tablet, or computer, and a payment method you can use online, like Paytm and PhonePe.

Is gambling legal in Odisha?

While most states in India adhere to the Public Gambling Act, 1867, Odisha decided to go its own way.

The government of Odisha did not agree with the Public act differentiating between games of skill and games of chance, so they created The Odisha Prevention of Gambling Act, 1955, making all types of gambling illegal.

That said, the Odisha act is yet another law created long before the use of the internet, computers, and phones, which means that online gambling is widely available in the state.

This created issues for police regarding which Act to use when, The Odisha Prevention of Gambling Act, 1955, was created to replace the three.

This is the only law regarding gambling that is in use in Odisha today, while state lottery is governed as per the Orissa State Lottery Rules, 1983.

The Odisha Prevention of Gambling Act, 1955

At first glance, one might think that the Odisha Prevention of Gambling Act, 1955, is more or less the same as the Public Gambling Act, 1867. But when we look more closely, we can spot some differences.

According to the Odisha Act:
All acts deemed illegal regarding gambling are punishable by up to one month imprisonment, up to 100 rupees fine, or both.
All types of gambling are considered illegal. There’s no difference between games of skill and games of chance.
Although horse racing is not specifically mentioned, staking money is illegal, which means that betting on horse racing is as well.

Searching for a physical casino in Bhubaneswar will be fruitless, but what you can’t physically find is available to you on your mobile phone!

Online casino sites and casino apps are widely available, and all you have to do is choose one of them from our site.

Brahmapur or Berhampur as it’s also known, is a perfect city for online gambling. Like many other cities in India, you can easily contain a good internet connection no matter where you are in the city.

Foreign online gambling sites are available to you no matter where you are. Just make sure that you stay away from playing together with a group of friends.

Playing together as a group could count as a gaming house, even if you are all playing online at the time.

Lottery was regulated and restricted to the government to offer lotteries with the Orissa State Lottery Rules, 1983. In 1988, the rest of the country followed suit with the Lottery Regulation Act, 1988.

Thanks to the lottery Rules, lotteries are supposedly allowed within the state, if offered by the government.

However, Odisha is not officially part of the 13 states that have legalized lotteries, so your best bet for anything lottery-related is to use lottery casino sites instead.

These sites allow you to buy lottery tickets to some of the world’s largest draws like the Powerball or EuroMillions.

Sports betting is illegal in every single state in India except for Sikkim. So there’s no surprise that betting on sports happens in illegal gambling dens in Odisha, if at all.

Seeing as sports betting is massive in India, you can still enjoy the thrill of the game and bet on your favorite Cricket team or other sports events from an online betting site such as Betway.

Although most states exclude horse racing from their gambling laws, Odisha sees no difference between horse racing and other sports betting.

Usually, betting on horse racing is considered a game of skill, but since the gambling laws in Odisha doesn’t differentiate between skill and chance games, there are no legal ways to bet on horse racing in the state.

As you might have guessed by now, no card game is legal in Odisha.

That said, it is good to know that card games played for fun are allowed if given a general or special allowance by the State Government.

To play casino card games for real money in Odisha, you’ll have to use online casino sites.

The gambling laws of Odisha are some of the strictest in all of India. Still, the laws are archaic and fail to mention any aspect of online gambling done by individuals at foreign casino sites.

Assam recently clamped down on online gambling activity within free-money gaming apps, suggesting that Odisha might follow in their footsteps. Only time will tell.

Until then, online gambling continues to be widely available within the Odisha state borders, with the top-listed casino sites at SevenJackpots creating winners all over India.