What is “French” Roulette?

The French version of roulette is said to be the first version of the game that would then spread across the world.

The game consists of a roulette wheel with 37 numbered slots, from 0 to 36, and a felted table where to place bets.

French roulette differs from European in the number of betting types available and the names of the bets being in French on the felt. 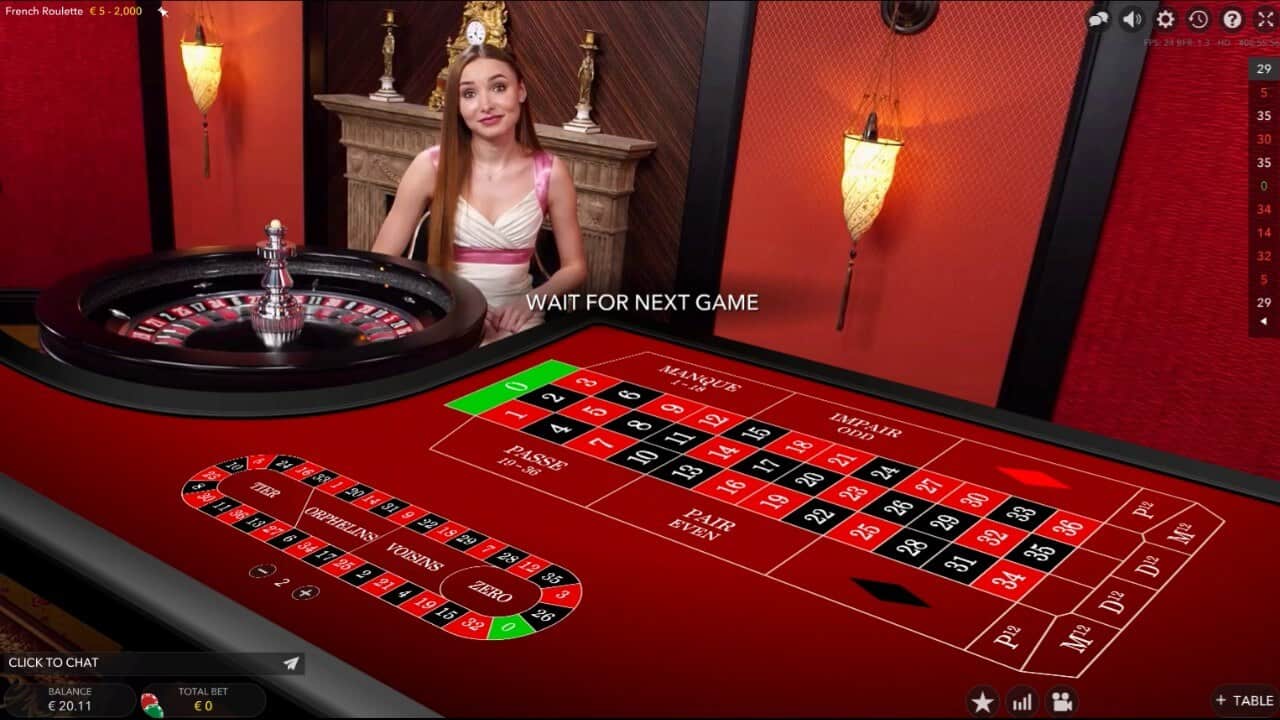 Try your luck at one of the many Indian online casinos. Who knows, maybe you will be the next big winner!

When it comes to live dealer games, few can match the excitement of live French Roulette.

Live French Roulette is played in a studio with live dealers and real-life croupiers. This gives players the feeling that they are actually in a casino, rather than just playing a game on their mobiles.

Another reason why Live French Roulette is so popular is because of the fun interactions that take place between the dealers and the players. These interactions make the game much more enjoyable and add an element of excitement to it.

As with any roulette game, the goal is to place a bet on the number that the ball will land on.

To participate in a round of roulette, you have to place bets on a single number or on a group of numbers you think will be included in the win.

When playing any of the best French roulette tables available, you’ll play with the best possible odds, an RTP (Return to Player) of 97.30%. This RTP is identical to that of European roulette.

Players who have placed a bet on an even-money bet (Red/Black, Even/Odd, Low/High) and the ball falls on 0 have the option to make use of this rule.

The even-money bet is split in two, 50% returning to the player, and 50% is given to the house.

This is the only instance in roulette where the house edge becomes even lower, decreasing from 2.70% to 1.35%.

A variation of la partage is en prison. When opting for en prison, the player might get 50% of their initial bet returned to them if their bet wins during the next wheel spin. If the ball falls on zero again, the bet is lost.

If you want to know more about basic roulette bets, we recommend you check out the European roulette page.

Here we are taking a closer look at the unique bets of French roulette.

All Inside bets of French roulette are the same, while all Outside bets are too, just with French names.

The most popular bets on a French roulette table are the French Bets. These are played on the side of the main betting area on the felt by using a different layout of the wheel numbers.

Played on 17 numbers, all located between numbers 22 and 25 on the wheel.

The Orphelin numbers are located outside of the voisins and consist of a total of eight numbers.

A bet that consists of 12 numbers, located on the opposite side of the wheel from the zero.

This bet is played on the numbers closest to zero. The same numbers are used in Voisins du zéro, but they are placed differently.
Four chips are used this time; one on 0-3, one on 12-15, one on 32-35, and one straight-up on 26.

The difference between French, European, and American roulette

The French layout of a roulette table is not the only one available at Indian online casino sites today. There’s also a European and an American version available.

European roulette is played like French, but without the French Bets, the la partage, and the en prison rules.

American roulette is slightly different, as the wheel has an extra double-zero, making the number of slots 38 instead of the regular 37.