A popular source of gambling and fun, EGT BG offers plenty of slot machine, roulette, card, and even Keno games to test your luck. EGT BG is related to EGT Multiplayer and EGT Interactive, two branches of the EGT name.

The company offers physical gambling machines, or cabinets, bundled with large packages of available games for players to choose from. These ergonomic multi-game machines are the new wave in seated gambling, offering far greater convenience than old-fashioned machines that are locked into a single game. 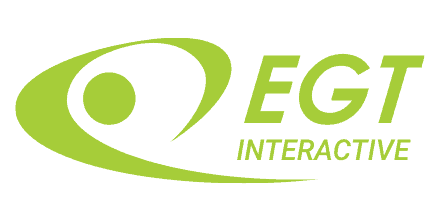 Some of the most popular games from EGT BG include its video slot machine games, such as 5 Juggle Fruits, 100 Burning Hot, Book of Magic, and Age of Troy. These games have a variety of enticing features to keep players engaged, such as free spins and amazing top payline awards. Some of these awards go as high as 10,000 times the player’s bet per line.

The company’s very first game, Gladiator, was created in 2002 after EGT acquired a five-year license for manufacturing and distributing gaming equipment by the Bulgarian Gaming Board. This became the foundation of Euro Games Technology LTD, or EGT. The company soon penetrated the Bulgarian market with its Classic Blend game series. Starting in 2004, EGT GB began participating in major European gaming events expanding throughout eastern Europe.

Today, EGT BG is a major supplier of video gambling products all around the world and offers games in many languages, including English, Bulgarian, Spanish, Deutch, and Hungarian. Recently, EGT BG and its United States partner, Reel Games Inc., created a video gambling cabinet installation in California at the Cache Creek Casino.

By far, EGT BG’s portfolio of games consists predominantly of video slot machines, and the diversity of choices for players is astounding. However, the provider still offers a good number of roulette and card games as well. Take a look at some of the reasons to try out each of these categories for yourself.

EGT BG offers a huge variety in video slot machine games, both thematically and in terms of game mechanics and rules. There are general games sporting the typical fruit matching concept and also character-driven games designed around various places and famous figures from around the world. From Sherlock Holmes to Alexander the Great and Thumbelina, EGT BG games often have a unique and well-established sense of originality.

The slot machine games are equally diverse in their rules and systems. Paylines on EGT BG’s video slot machines can range from 20 to 100 fixed. Some games feature generous free spins or allow wins from vertically stacked symbols.

EGT offers three variations of its European Roulette game type: virtual, automatic, and live. Each game uses a real, linked, single-zero live wheel as part of the machine rather than a random number generator. Players may place bets by touching the desired fields on the screen. Often, these games allow users to place multiple bets on certain wheel sections.

Warm welcome at Betsson with a 100% deposit bonus up to €100! Betssib also offers daily promotions, bonuses with free spins and giveaways.

1xBet & FC Barça have partnered: The best of both…

1xBet has reigned over the online gambling world for a while now. They have some…

ShowLion offers bonus up to 71%…

Weekly Races on 22Bet and win…