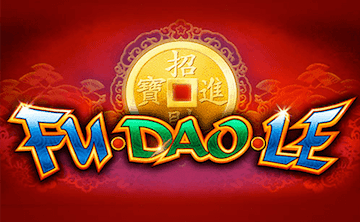 Fu Dao Le is one of the most exciting Indian slot machines to be released in recent years. This game is characterized by its stunning graphics, fast-paced gameplay, and ability to score progressive jackpots. Also, unlike other slots you could play, this game doesn't require you to keep track of paylines.

Fu Dao Le is a Chinese-themed slot game from provider SG Interactive whose goal is to match symbols from left to right. One of the great things about this game is that the position of the symbols doesn’t matter. As long as they’re on the wheel, you can score a winning combination.

An interesting fact about Fu Dao Le is that the symbols that are used to combine traditional poker cards and Chinese symbols. This gives the game more gameplay variety than you might find with other jackpot games.

You can access numerous bonus features when playing Fu Dao Le. For most gamers, the most enticing bonus will likely be the Jackpot Pick bonus. This feature is triggered when reel two lands on a full stack of Wild Hieroglyph symbols.

Another bonus feature of this game is the Red Envelope Jackpot. This bonus is available in the base game, and red envelopes can be found on the first and fifth wheel. If you land both red envelopes at the same time, you will win the red envelope jackpot.

One way to access these progressive jackpots is to find the lucky symbol, which will cover the entire reel and activate the Progressive Pick feature. With this feature, you will need to play a matching game using coins. Find three of the same symbol on the back of the coin, and you’ll receive one of the four progressive jackpots.

Like many slot games, you’ll have the opportunity to win free spins while playing Fu Dao Le. Hidden in the game are gong symbols. By locating three of these symbols on reels two, three, and four, you can win eight free spins. While you’re in free spin mode, your wins will be doubled. In addition, the gong symbol will now be the Wild symbol for as long as the bonus game lasts.

Gongs can be located anywhere on the reels to win free spins, and gongs that are found on reel five will give you another free spin.

If you want the biggest jackpot possible while paying Fu Dao Le, you should watch out for the game’s winning symbols. Hitting 888, for instance, will give you the biggest rewards, although there are several other ways to increase your winnings. For example, while you’re in the bonus spin game, the Wild X2 and Wild X3 symbols can multiply your jackpot by the corresponding number.

If you like the game Fu Dao Le Slot, SevenJackpots also recommend the following games for you: