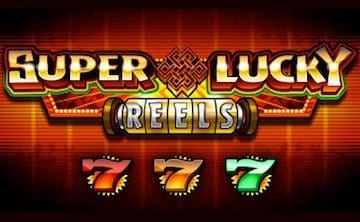 Super Lucky Reels slot combines elements of traditional casino machines, such as BAR symbols and 7s, with features from Chinese-themed slots, such as koi fish and Chinese letters. The result is a unique, engaging slot that you can find in your preferred online casino. This slot machine is from provider iSoftBet, which has produced dozens of popular slots over the years. ISoftBet has made branded games and several slots featuring traditional casino symbols, sounds, and design elements.

When playing Super Lucky Reels, you can change the coin value and select which of five possible paylines you want to wager on. You can also use the auto spin feature and set it to stop after a number of spins, based on a loss limit, once you win a certain amount, or trigger the jackpot.

Super Lucky Reels is loaded with bonus features, including a progressive jackpot. To get the Super Jackpot, players must land three Super Lucky symbols on a line with a +1000 additive symbol and a 10x multiplier. Though there are five reels, the last two are just for the additive symbols and multipliers. No winning symbols land on the last two columns.

Note that the game ties its many special features to the player’s wager. The more you bet per spin, the more bonuses you can unlock. These features also unlock additional ways to win. Coupled with a free spin system, this is an enticing design that helps Super Lucky Reels stand out from other games.

This slot has a double-koi respin symbol that awards up to seven free spins. These stack during the complimentary spins, so if you land more of these symbols during free play, you receive even more spins. However, this feature only activates when you land on a winning combination. You must also place the maximum bet possible to get free spins. Look for the respin symbol to appear on the last reel in a winning payline.

The highest value winning symbols in Super Lucky Reels are the Super Lucky Reels. Even if you don’t land on the other elements required for a jackpot, these can award up to 4,000 coins. The next most valuable symbol is the golden Chinese character, which pays up to 2,500 coins, followed by gold, silver, red, bronze, and green 7s. The single, double, and triple BAR symbols are the lowest paying. The game also has 2x, 5x, and 10x multiplier symbols. These appear in the last reel and amplify the value of any paylines they’re in.

Super Lucky Reels also has “additive symbols.” These appear as +50, +150, +750, and +1000 symbols on the fourth reel and award the respective amount in addition to the value of the winning combination they’re a part of. Additive symbols and respins can take up multiple rows on reels four and five, increasing the likelihood of their landing on a winning payline.

Though many slots use a Chinese theme, few match the quality of iSoftBet’s take on this classic design. Check it out in your preferred online casino today.

If you like the game Super Lucky Reels, SevenJackpots also recommend the following games for you: